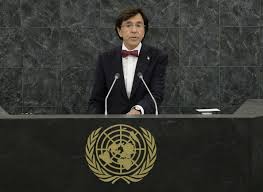 The prime minister of Belgium, Elio Di Rupo, made an announcement Sunday during a memorial ceremony in Mechelen in which he apologized for the “complicity of state authorities in the murder of Belgian Jews during the Holocaust.” He acknowledged the steady participation by Belgian state authorities in the persecution of Jews. Di Rupo’s statement of apology comes a week after Brussels Mayor Freddy Thielemans also publicly acknowledged the role of city authorities in the deportations. Last month, Antwerp Mayor Patrick Janssens announced plans to erect a monument engraved with the names of the city’s Jews known to have been murdered in the Holocaust.